The mobile device continues to rise in popularity due to the consistent and constant use of its applications. According to a Survey from Statista, the number of mobile phone users at a global level is expected to pass five billion by 2019. Furthermore, there is an increasing demand for applications that will provide business solutions.

When discussing mobile operating systems, the two players that have dominated the market are Android (Google) and iOS (Apple). According to Forbes, the current mobile market share of Android lies between 80 and 90 percent. iOS in comparison dominates the other 10 to 20 percent of the market, leaving little room for other operating systems.

Java is currently the most popular programming language in the world, which is used for the applications running on Android. Objective-C, one of the first programming languages, has proven to be useful when creating apps on several devices. Swift, which is more recently developed, was created as a replacement for Objective-C.  It has proven to be faster and easier for developers to build apps due to its streamlined language and advanced error checking system.

Other differences between Android and iOS can be seen when it comes to the tools that serve as an environment for back-end development. The most common Integrated Development Environment (IDEs) for Android are Eclipse, Android Studio, and IntelliJ. However, iOS-based apps have fewer options. The most common one used for iOS is Xcode, which makes it possible to prototype the user interface (UI) without complex coding while allowing developers to create apps for all Apple devices.

UI Differences between Android and iOS

When it comes to programming, Apple’s aim is to have full control of their software, devices, and the user experience (UX). This is why iOS is only available for iPhone and iPad. On the contrary, Android can be installed on almost any type of device, with more than one manufacturer. Menus, lists, and headers are different in both systems. It is important to understand the differences between each platform’s unique design patterns. The most important difference is simply that you have to think about how the user can go “back” to the prior screen. This is usually simple for an Android app, but with iOS it is important to include something like a left-pointing arrow of the left top of your app. In order to ensure that an app is working perfectly, it is possible to test this with the iOS simulator and the Android emulator.

When comparing the two app stores, Apple has stricter requirements in its guidelines. An iOS app must be checked by Apple before being published in the App Store. Android, on the other hand, does not have a strict verification procedure set in place, giving more freedom to developers. 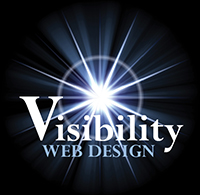 We have helped hundreds of Columbia SC businesses of every size and type reach their web design and visibility goals.

Let us help yours!

Starting a small business is hard and having the right guidance can really impact the trajectory of your business. Though your success is up to you, it is wise to have a website design /marketing partner to navigate the ever-changing online and social world.

Those in the service industry often fall into the trap of using their "fixer" mentality to use a do-it-yourself builder to make their web design. The problem is that even if they manage to make an adequate website design, they will find themselves spending way too much time staying proficient. The key to success is finding what you do well and letting others bless you with what they do well.

The online competitive environment for restaurant websites is strong. Food visuals need to entice and menus need to be easy to navigate and to find what you want. From online ordering to delivery apps, Visibility Web Design can help your customers love what you do.

Whether it's an eBook, an online boutique or a large retail store with thousands of SKUs, Visibility Web Design can find you the right platform for smooth operation with the ability to scale. Our production team can shoot your products and videos. Website Design Services with push notifications to promote conversions.

From school websites to small college websites, we are able to create the marketing and instructional experience your school needs.  We provide web design features for Capital Campaigns, Calendering, and Registration.

WooCommerce plugs into the world's most popular content management system, WordPress, giving you an easy way to manage your entire site all in one place. Whether you're a startup or you run a massive eCommerce operation, a WooCommerce is a great solution for your business.

Your Real Estate Website Should Drive Your Marketing Efforts.  We Use a Combination of Forms, Widgets, and IDX Tools to bring lead capture capabilities into your business. Our website designs provide social sharing so you can keep those sales funnels flowing.

Government / Not For Profit

Do you need help getting your websites into compliance with the ever-changing website design accessibility requirements?

Your website design needs to be professional-looking and convincing. High-quality photos and videos go a long way toward enhancing the impact of your online presence.

Mobile Apps allow your customers to interact with your business through the tools native to their android or apple devices. The Apps provide features such as push notification, local data storage, personalization, offline availability and faster load times.

Our Process is Simple, Affordable and Effective!

Don’t bet your business success on DIY. You will likely end up wasting your valuable time on a site that shows poorly and is ineffective.

Complete our online form and a team member will contact you

We will meet in person or online to understand your Goals

We will create a web experience that outshines your competition

Our team does the work, allowing you to serve your customers

SUN
We are closed

Tell Us About Your Project

Get Free Quote on our Website Design and Visibility Services Today !
Get Free SEO Report

or Give Us a Call